Blackbright News focuses on current affairs topics, and although some commentary might be directed towards the BAME community her narrative affects all communities.

Black in Fashion is the North’s answer to preserving black history and design within fashion. The platform is dedicated to guiding young black creatives and assisting them in gaining experience in the fashion industry.

“One of our goals/main aims is to ensure that black people can see a future for themselves in fashion and can feel confident within themselves when venturing into the daunting world of fashion,” says founder, Feya.

Black in Fashion achieves this by supporting creatives who want to try their hand at fashion or gain more expertise in the industry. Above all, they encourage people to “just have a good time exploring their creativity” – this is the essence of their platform.

Feya, a fashion marketing graduate from Manchester, realised that there was a lack of support for black creatives and students in the north who wanted to go into the fashion industry. She would often travel to London for events supporting black creatives or designers, which is not sustainable or economically viable. 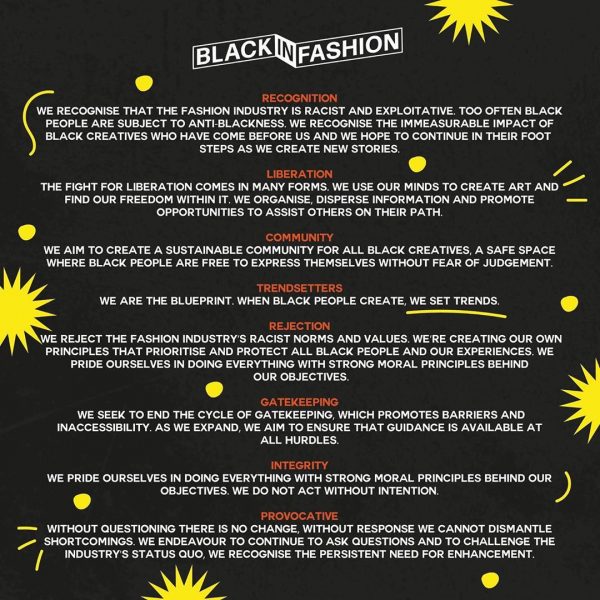 She also notes that the northern Black community often goes unnoticed and lacks recognition, stating that “there’s this idea that there isn’t as much of a black community here [when in reality] there’s a huge community up north… A lot of the Windrush generation settled in Birmingham and Northern cities, not just London.”

Feya noticed that there was a growing interest in Manchester’s fashion scene in recent years, but the Black community was excluded from this. “When we think of Manchester and fashion, we think of Pretty Little Thing, Boohoo and white female influencers but never black creatives/designers. But they’re there, just not given any exposure.”

Her inspiration for Black in Fashion came after an event hosted by Recho Omondi, the host of ‘The Cutting Room Floor’ podcast, where a live interview of Black-British designer Martine Rose was held. The venue was filled with black and industry creatives, which Feya was eager to emulate up north.

Recently, the platform has been quiet and used their voice to discuss more pressing matters. “During quarantine, BIF really had to take a backseat and we used our platform to focus on the Black Lives Matter movement”, says Feya. However, they have now returned to their focus with an ignited passion for Black History Month. 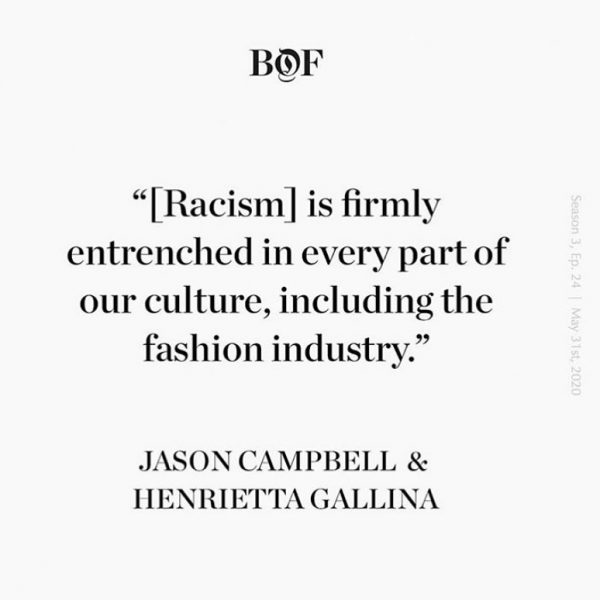 Although Black History Month only lasts for 30 days, BIF are documenting the stories of black creatives in the north every day, which is effectively becoming a part of our history. Archiving and storytelling is something that will outlive this month and be valued for many years to come.

Black in Fashion’s focus for this month is broadcasting Manchester to the world. Their newly launched BIF Global platform focuses on black creatives from across the world while still highlighting the north. They are aiming to allow Manchester to become part of the conversation about black creatives globally.

The Black in Fashion platform can be found on Instagram and is available for all black creatives to get involved in.

read more about Black in Fashion
email
Rate it

Sorry, there is nothing for the moment.

LISTEN WITH YOUR APP